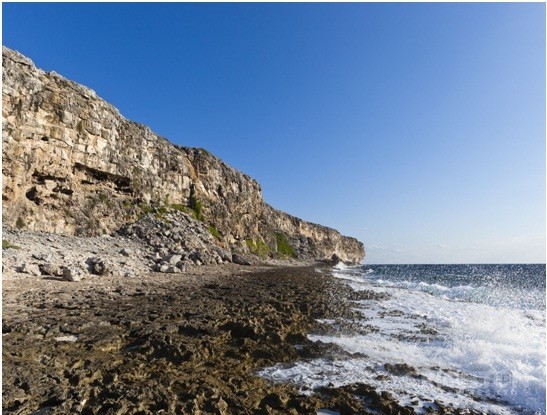 Cayman Brac is probably best known for its breathtaking bluff, which is the namesake of the island - Brac is a Gaelic word, one of the meanings of which is “bluff.” At 140 feet above sea level at its highest point, the bluff on Cayman Brac is certainly memorable, to say the least. It is the highest point in the Cayman Islands.

But the Bluff is not the only wonderful thing waiting for you to discover in Cayman Brac. Smaller than Grand Cayman, less developed, and much quieter, “The Brac,” as it is sometimes known, abounds with charm and opportunity.

You can have a small piece of it with Cayman Brac real estate for sale.

A Short History of Cayman Brac

Cayman Brac, which is one of “The Sister Islands,” along with Little Cayman that is nearby, has a long and colorful history. It spans over five hundred years; the Cayman Islands were first discovered by Europeans when Christopher Columbus sighted them on May 10, 1503. Originally, he named the islands Las Tortugas, for the turtles he allegedly sighted along with them.

Afterward, but before the islands took the name of “Caymans,” they were referred to as “Legartos” or “Lagartos” on maps, a Spanish word for “Lizard” which is still recognizable in the modern word alligator, a misinterpretation of El Legarto. Interestingly, the name “Cayman” that the islands still bear today may also have reptilian origins. Later on, the islands may have been named Las Caymanas for a local word attributable to caimans, a small crocodilian.

The first English to visit the island came more than a hundred years in the wake of Columbus’s sighting. and it was not until around 1661-71 that the first recorded settlements were established on Cayman Brac and Little Cayman.

In the years that followed, Cayman Brac and Little Cayman continued to stray behind Grand Cayman in development and population. Cayman Brac is larger, and consequently, larger settlements, like West End and Stake Bay, developed and flourished there.

Also like Little Cayman, Cayman Brac has remained relatively quiet through the years. However, that does not mean that Cayman Brac wants for character, history, or recreation. Today it is a haven for those who love quiet living and the outdoors. If you’re interested in Cayman Brac real estate, this small island will not disappoint you with what it offers.

A wealth of attractions

Though Cayman Brac lacks the development and physical size of Grand Cayman, it is not short in diversions and attractions. Even this little island is sprinkling with impressive cultural and natural sights to see and things to do.

Stake Bay, on the northern side of the island, is home to the Cayman Brac Museum, which aims to “keep in touch with the past.” Certainly in a small, intimate setting like Cayman Brac, it is felt in the architecture, food, speech, and spirit of the place. It happens to be the oldest museum in the Cayman Islands and houses many impressive relics.

The Cayman Brac Museum occupies the grounds of the building that was once the Government Administration Building and was built in 1933. It once contained a post office, treasury, and other official centers, but today is home to a collection of interesting artifacts and reproductions that any interested soul would delight to see.

In the collection at the Cayman Brac Museum, visitors can enjoy a wealth of cultural relics, artifacts, and reproductions related to the island’s heritage. At any given time, one might discover tools and items that were once instrumental to the island's development and related to shipbuilding, medicine, or hunting sea turtles. The museum has even housed a scale reproduction of a Caymanian catboat, a small, single-masted sailboat that was once instrumental in hunting sea turtles in the Cayman Islands.

Best of all, admission is free. It’s just a pleasant and ever-present reminder of the living history of Cayman Brac.

Other sights to see in Cayman Brac include the Cayman Brac Heritage House, which, like the museum, is a piece of living history and a testament to culture. The house and grounds themselves are a sight to see and maintained in the manner of an old Caymanian home, but as it is such an important cultural center, the Heritage House is often the site of important gatherings and events. Admission is also free, and to visit it is to get a glimpse of the history of bygone daily life in the Caymans.

In addition to these and other cultural attractions that you can find in Cayman Brac, the island is rich in opportunities to get in touch with the outdoors. It is the enduring natural beauty of Cayman Brac for which the island is best known.

Plenty of opportunities for recreation From the beautiful East Bluff to the many limestone caves and caverns to the quiet beaches and dive sites, Cayman Brac makes most of its note in its natural beauty.

Those who appreciate the outdoors will simply love the island's many natural attractions and hiking trails. Whether you’re into walking, hiking, running, or biking, there is no shortage of sights to see. Popular trails include the Hemmington Road Hiking Trail, which will take you up along the Bluff steps on the north coast, and the Salt Water Pond Walk, which will take you from the south to the north coast. Each of these experiences and others will put you in front of some of the native flora and fauna of Cayman Brac.

Speaking of that, Cayman Brac is particularly adored by birdwatchers, who travel to the islands every year for a glimpse at seabirds like boobies and frigatebirds; though there are other, rarer denizens. Cayman Brac is also home to the rare and elusive Cayman Brac Parrot, along with over 200 other species of birds.

In addition to Cayman Brac’s beautiful beaches and hiking trails, the water offers as many opportunities for recreation if not more. From fishing to sailing to diving, the waters around Cayman Brac and the Caymans, in general, have always been the lifeblood. Today, they are a recreational staple.

Though there are more professional fishing charters in number elsewhere in the Caymans, Cayman Brac is home to one as well, for those who are looking for the help of a guide to put a bend in the rod. In addition to fishing and numerous boating opportunities, Cayman Brac’s waters abound with dive sites. Whether you want to investigate the local marine life or dive along a seawall, there is a lifetime of sights to be seen underneath the waves - and that’s just one island.

Best of all, for those who are drawn to such things, Cayman Brac is only a half-hour away from Grand Cayman by flight, and accessible to the other Caymans by water as well.

These are some of the attractions that draw visitors and buyers to the Cayman Islands, and Cayman Brac specifically, every year. For those who are looking to buy, there are as many opportunities in Cayman Brac Real Estate as there are things to do.

Naturally, many buyers think of a house when the word Cayman Islands real estate is mentioned, and there are many real estate listings throughout the Caymans for homes for sale.

A house like a single-family home might represent the perfect opportunity for buyers to make a new life elsewhere, especially if they are bringing along a family with them. The Cayman’s many safe neighborhoods, attractions, stable government, and modern infrastructure are a powerful drawing factor for many investors.

Additionally, a house is often more attractive for buyers who are looking to make an investment in a piece of property that can grow with them. Buyers who value extra land, yards and the freedom to make changes to their property typically pursue houses for sale instead of opportunities in community living like condos.

To learn more about some of the questions you might want to ask yourself when you’re considering whether a house is right for you or not, consult our blog at the link above. You can learn more there, investigate our listings for houses for sale in Cayman Brac and elsewhere in the Cayman Islands, and call us up if you have any remaining questions. A house may not be right for every buyer, and community living might not be the best option either, depending on individual needs and circumstances. Some buyers prefer to invest in land, which actually has the potential to afford much more flexibility than a house because it serves as a blank slate.

If you, reading this right now, are out to build your dream home from the ground up, you might be able to get a single-family home and change it up according to your vision, but when you buy land and create it from start to finish, you can really make your home come alive.

This is not ideal for buyers who are looking for what is more or less a quick way to move out and into a new location, but if you want to see it develop, there’s no better way. This is all the more applicable if you have the luxury of time to see it through, as well as the resources to put into it.

Land is far from perfect for every buyer, but this is still something to think over if you’re toying with the idea of buying Cayman Brac real estate but aren’t committed to anything yet. Visit our listings for Cayman Island land for sale to learn more and to see what’s currently available.

If a house is too much, consider a condo

One more thing to keep in mind is that in addition to land, houses, and commercial real estate for sale in the Cayman Islands, there are other opportunities available.

For example, let’s imagine that you are interested in property for sale in the Cayman Islands, and you aren’t sure yet where you want to buy. Let’s also consider a hypothetical situation in which you don’t necessarily want to manage the upkeep of a house, but still want the convenience of a home away from home.

In a situation like that, community living like a condo might be the most appealing option for your purposes. Condos are typically more affordable than homes, and though they incur maintenance or association fees, the upkeep with them is partially accounted for by the association.

They’re also typically smaller and more convenient, and what’s more is that they come with shared grounds and services. Naturally, these will vary depending on the building or community in question, but they also come along with the convenience of having a “community” built right in. Some people prefer this, and if you’re one of them a condo might be a cost-effective alternative to buying a house in the Cayman Islands.

You can learn more about whether or not a condo for sale might be right for you in the blog at the link above. The article in question deals with Grand Cayman, but the questions and points of consideration are almost universally applicable.

We hope you learned a thing or two about the history and natural grandeur of Cayman Brac in this article, but if you want to learn more about our wonderful islands, please get in touch with us at 345-949-5250 or info@crightonproperties.com.

No matter where you are in the process of making an investment in real estate, a call to a trusted partner can make a big difference. For over 50 years we’ve helped connect the dots for interested buyers in the region, and we’ve assisted many prospective buyers with achieving their goals of owning land in the Cayman Islands.

Regardless of whether the bustle of Grand Cayman appeals to you more or you are drawn to the quiet island lifestyle of Cayman Brac, there’s no need to research it all from afar. Get in touch with us today and we’ll help answer your questions.