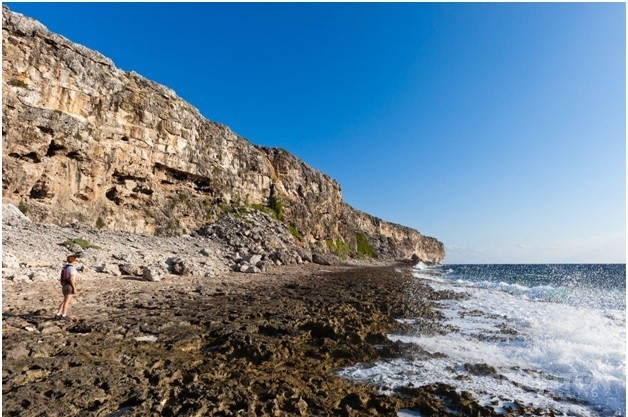 What to Expect When Living on the Island of Cayman Brac

Attaining the lifelong dream of owning property in a tropic paradise is much easier and more possible than you might think. The Cayman Islands is a popular destination for tourists, as many of us already know, but it is simultaneously an attraction for those wanting to live the Caribbean island lifestyle every day.

Cayman Brac in particular is so often treated almost like the “middle child” and we believe it’s high time it got its own spotlight! Without further ado, let’s take a look at what makes Cayman Brac so enticing, especially for those looking to invest in Cayman Brac real estate and live that tropical island dream.

Stunning and Warm Weather Year-Round
When looking for a tropical paradise to permanently reside in, you of course need to know what the weather and climate are like year-round! In the Cayman Islands, including Cayman Brac, you can expect:

Unique and Welcoming Community
Cayman Brac is the second largest island of the Sister Islands, being just 14 square miles and has a population of about 2,000 residents. Because of its smaller geographical size and population, Cayman Brac boasts a much closer knit community of locals.

Cayman Brac, or as the locals call it “The Brac,” flies under the radar for most tourists, which means you would be far more likely to come across other rather like-minded residents in your day-to-day life. This will drastically boost your social life and comfortability in your new home isle!

Unique Island “Vibe”
Cayman Brac, like all the Cayman Islands, boasts an easy, breezy, and peaceful tropical atmosphere. However, each island has subtle differences in their “vibes.” Grand Cayman can sometimes be a bit more rushed due to its cosmopolitan area. Little Cayman, which only has about 200 residents in total, is really a location where time is never of the essence.

Cayman Brac has its own unique quality of being the perfect middleground of the two. As Goldilocks might say, The Brac’s atmosphere is “just right.”

Offers Gorgeous Wildlife from Bluffs and Caves to Beaches and Sealife
Perhaps the “just right” vibe that The Brac contains has a good deal to do with its abundance of nature amongst its residents. The island has stunning nature galore, ranging from bluffs, like The Bluff on the eastern end, and caves to pristine to mostly undisturbed beaches and shimmering seas (and the life below).

Most of the island is covered in lush green as well, which is filled with beautiful tropical creatures, like Rock iguanas, endangered parrots, peregrine falcons, and more!

Quaint Towns to Explore
If you’re looking to not always spend your time in nature, you can always take a quick trip to a quaint town or two. The island has five (which are more specifically districts), including Watering Place, Cotton Tree Bay, Creek, Spot Bay, and West End.

Plenty of Things to Do
When investing in Cayman Brac real estate, you want to make sure you can perfectly balance relaxation and excursions. Rest easy because The Brac can certainly supply you with what you desire, no matter your mood.

Relax on the pristine, quiet beach: When in need of some R&R, head on over to Brac Reef Beach. The beach has soft white sand and dream-like clear turquoise waters. You could even indulge in water sports if your heart desired!

Go birdwatching: As aforementioned, there are numerous beautiful birds on the island for you to admire, like parrots, brown boobies and peregrine falcons. Visit the Parrot Reserve for an in-depth look at these beautiful winged creatures!

Hit the ol’ dusty (hiking) trails: Go hiking on one of the many trails the island has to offer, like Peter’s Cave Outlook, National Trust Parrot Reserve Loop, and many others.

Check out The Bluff and caves: On the eastern end of the island is The Bluff, which stands 140 feet high and supplies visitors with glorious vistas of the sea and the landscape. There are also mystifying caves all over the islands, especially Peter’s Cave and Skull Cave.

Scuba diving and snorkeling: Try your hand in snorkeling and scuba diving amongst the myriad of sea creatures. There is so much to “sea” aside from these sea animals, like sunken ships and seawalls.

Visit the Cayman Brac Heritage House: Learn about Caymanian heritage by visiting this modern version of an old Cayman house and other exhibits. Are you ready to take the plunge and discover Cayman Brac real estate? Then work with us here at Crighton Properties. We have a team of dedicated professionals who really know Cayman Islands real estate and are ready to guide you every step of the way to finding your dream tropical family home! Give us a call at 345-949-5250 or send us an email at info@crightonproperties.com today!