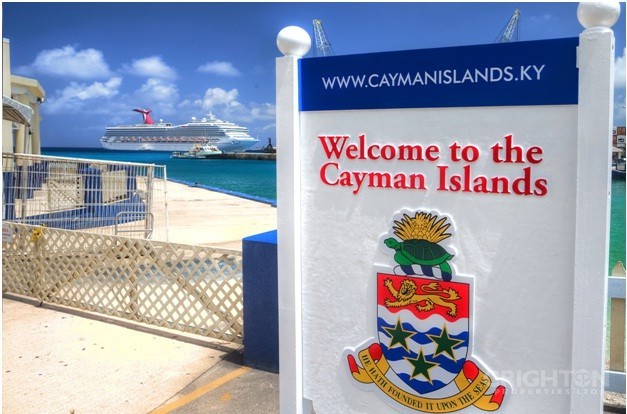 Little Cayman Land for Sale Can Be a Remarkable Investment

For buyers getting serious about pursuing an investment, even residency, in the Cayman Islands, don’t make the mistake of getting caught up only in what Grand Cayman has to offer. Most Cayman Islanders might call Grand Cayman Home, but there’s a world of intrigue only a short trip away, by land or sea.

The Sister Islands, Cayman Brac and Little Cayman, are quieter and less developed than Grand Cayman, the largest island. There are also a wealth of opportunities available to investors looking to get their little slice of paradise in the Cayman Islands, and Little Cayman land for sale can present a sparkling opportunity for adventurous buyers who want to get away from it all.

Many of the prestigious communities in the Cayman Islands lie on the island of Grand Cayman. Seven Mile Beach, for example, is one of the islands’ most popular destinations, and homes and condos lie along it and within close proximity to its sights and scenes. Grand Cayman is also home to George Town, Rum Point, and several other communities and points of interest that draw in many people each year, not only buyers but also tourists.

However, Little Cayman, which is just a short distance to the east of Grand Cayman, provides plenty of opportunities of its own. Like Grand Cayman, Little Cayman is also home to a range of historical sites and interests and, being less developed, offers quite an array of beautiful natural sights and scenes, both on land and beneath the waves.

If you’re interested specifically in land for sale, and your attention has been turned to Little Cayman, rest assured in the reality that these opportunities can deliver unprecedented value in the form of things to do, places to visit, and activities to enjoy. That has only to do with location, however, and land itself can offer some advantages over other forms of Cayman real estate.

What makes land for sale in Little Cayman so attractive generally has to do with the benefits of the island’s character itself, paired with what land can offer you. These are some of the top draws that keep buyers coming to the island year in and year out.

It’s a Top Spot for Boaters, Divers, and Fishermen

Little Cayman has tons of locations that will delight boaters, sailors, divers, and fishermen, as well as others interested in watersports of all types. Surrounded by water and within close distance to Cayman Brac and Grand Cayman, as well as the United States, Little Cayman offers recreational boaters and sailors no shortage of sights to explore and trips to plan.

Little Cayman is also very close to a gem, Owen Island, a small, pristine, uninhabited island that lies just to the south of it. Only accessible by water, it is the ideal spot for a quiet getaway or a day trip to get back to nature.

Divers will also be delighted by the number of wrecks and other dive sites that are nearby Little Cayman. One of the most impressive wrecks is that of the MV Captain Keith Tibbetts, a Russian-built frigate that the Cayman Islands bought and scuttled in 1996 to create an artificial reef. Every year, the wreck draws divers from around the world, and it is only one of the wrecks surrounding the Sister Islands!

Other natural sights attract divers, such as Nancy’s Cup of Tea and Three Fathom Wall, both astounding natural features that host a colorful variety of wildlife. Intrepid snorkelers can visit these spots hoping to get close to reef sharks, rays, a variety of tropical fish, and even sea turtles.

Cayman Brac may be widely celebrated for the natural beauty of its breathtaking bluff, but Little Cayman has plenty of sights of its own to attract visitors. Sights like Point of Sand, Tarpon Lake, the West End Lighthouse, and Jackson’s Pond dot the landscape, and the island is crossed by several trails, such as the Preston Bay Boardwalk and Salt Rock Nature Trail.

Each of these sites offers some aspect of unique natural beauty or a chance to discover the allure of the wildlife of the islands. From mangrove-ringed lakes to views of the sea, Little Cayman’s natural splendor boasts of great color in native species like rock iguanas, warblers, herons, ducks, sandpipers, and so many others. It’s Quiet, but Not Too Far Away

Prospective buyers might also appreciate the fact that Little Cayman is much less developed than Grand Cayman. Life on Little Cayman might seem laid back or slowed down, but there is also an element of convenience to consider here.

Little Cayman is not some far-flung retreat. It is a stone’s throw from Grand Cayman and fairly close to the United States as well, so buyers interested in local sights won’t have to reach across the globe. A little piece of paradise might just be closer than you think.

The Scarcity of Land, and Each Location Is Unique!

On top of the draw of the local beauty and sights to see in Little Cayman, there is the inherent value carried by land. If you’re not sure why a buyer would specifically be interested in land when there are already houses and condos ready to move into, consider some of the following items, with this one foremost - there is only so much land.

Another huge advantage of land is that land usually does not depreciate. You can buy a brand new house today, but without constant upkeep, aspects of the structure will fail in time, requiring repairs, replacements, and general maintenance.

Land, however, does not need maintenance and for the most part takes care of itself, until you are ready to develop or sell it. When you buy a parcel of land today, you could arguably hold onto it until you were ready to do something with it, next month or in five years. Moreover, if you eventually intended to sell it, you wouldn’t have to worry about it losing value. If anything, (and though we can’t predict the future of the market) land will probably appreciate in price.

Also, there is the fact that land gives you a lot of freedom, and the versatility is built right in. Depending on where you buy, and according to the regulations associated with the community, you can build a business, a home, or some other kind of development.

When you purchase a house, you’re investing in a structure that already exists. This can be as limiting as it can be liberating. If you want to make any changes to the house, adhering to codes, renovation, and demolition work are all expensive and time-consuming. The purchase will free you to create your vision from the ground up, house or otherwise.

No Management Costs, Low Fees If Any

While from an investment perspective, empty land is generally useless for cash flows since it can’t be rented or used to turn a profit, there are very few expenses associated with land ownership.

There are no utilities to speak of, and effectively no management costs. You’ll never have to replace or repair the roof on your land, resurface the driveway, or complete electrical work. At least, you won’t need to do any of those things until you decide to develop it.

Until you’re ready to develop the land, it has the potential to furnish you with some of the lowest expenses associated with real estate. If you know you want to buy, and you know where you want to buy, but you aren’t sure what your end vision is, land can make a truly lucrative investment.

Why the Cayman Islands?

Little Cayman land for sale can be a great investment, but so can the purchase of a luxury property like a home or a condo there. So can a similar purchase on Cayman Brac or Grand Cayman. The Cayman Islands have been attracting buyers for many years, and for their own reasons.

Land for sale anywhere can offer you some of the benefits listed in the last section, but only the Cayman Islands can provide potential investors with the unique combination of the following advantages.

The Cayman Islands are very safe, with both very low crime rates and high rates of employment, respectively. Since it is a British Overseas Territory, the Cayman Islands enjoy a very stable political structure as well.

There are a variety of factors associated with the islands that converge, producing a great place to live with plenty of safe neighborhoods, across the three islands. The stable political infrastructure and safety of the islands also make it a great place to invest as well as to live, because it helps to insulate the value of the investment.

Tropical Weather and Plenty of Sun

The Cayman Islands are a great getaway for anyone who loves sun and sand, whether or not they’re looking for a new home or just a place to enjoy as a periodic getaway. The Cayman Islands, all of them, enjoy pleasant weather throughout the year.

For a buyer used to the weather in much of the continental United States, for example, the Cayman Islands are decidedly tropical. Though they enjoy hotter temperatures and more sun throughout the Summer months, there is still plenty of sun and warm temperatures throughout the Fall and Winter.

Another reason that buyers are so attracted to the Cayman Islands is that the Islands are welcoming to foreign investors, there are no restrictions on foreign buyers and it is relatively easy to become a resident as well.

It’s not just buyers in the Cayman Islands that keep the market strong. Buyers from around the world looking for warmer temperatures, safe neighborhoods, easy living and plenty of sights to see will find much that they could desire right here.

In addition to the fact that the Cayman Islands host many safe neighborhoods, the islands enjoy a stable economy and have one of the highest standards of living in the world. It’s been said that the standard of living in the Cayman Islands is the highest in the Caribbean, and it should come as no surprise that our islands are home to some of the best education and health care systems in the area and in the world.

Finally, there is a rich cultural history in the Cayman Islands that is evident at every turn. In Little Cayman, specifically, in addition to the dive sites that surround the island, there are plenty of historical sights to see, such as the Little Cayman Museum, Little Cayman Baptist Church, and West End Lighthouse.

Cayman Brac and Grand Cayman are just as rich in history and culture, boasting plenty of preserved historical sites, museums, and galleries in addition to plenty of other areas of local interest.

Searching for international real estate like Little Cayman land for sale can be difficult, especially from afar, but it doesn’t need to be. The team at Crighton Properties is here to help you approach the prospect of buying land here with the insight of experience.

We’ve been helping buyers like you realize their goals of land ownership in the Cayman Islands since the 1970s, and we’d be more than happy to help you. Just give us a call at 345-949-5250 and let us know how we can help. We’ll get to know your goals and set you up with some of the local real estate opportunities that will meet them.