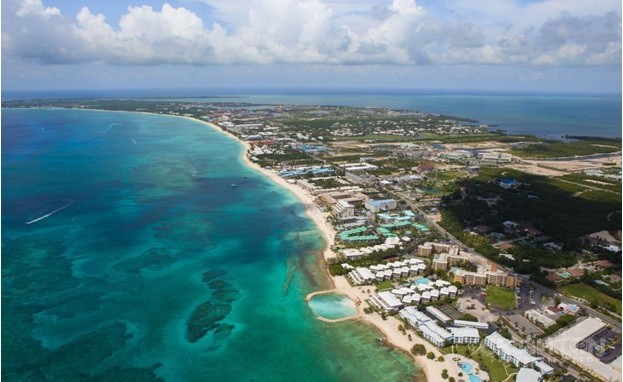 Plenty of guides and exploratory blogs lead with expositions of Seven Mile Beach and George Town. And while there are many opportunities for potential investors in those areas of Grand Cayman, there is much more to the island than just these two areas.

Seven Mile Beach might be world-renowned for its beauty, tranquility, and luxury properties, and George Town for its vibrant culture - but these are not the only two areas in which those interested in Grand Cayman real estate will find unique investment opportunities.

So, after you’ve done your exploring, make sure you don’t forget to take a look at these other 5 areas in Grand Cayman that have just as much to offer.

West Bay is all the way at the northwestern extremity of Grand Cayman and lies just to the north of Seven Mile Beach and Camana Bay.

West Bay is home to a colorful mix of luxury properties and canalfront investment opportunities. The area is also home to a rich assortment of exclusive developments, such as Vista del Mar and The Shores.

Aside from the fact that there are so many attractive, family-friendly neighborhoods in West Bay, there are plenty of cultural curiosities as well. West Bay is home to the world-famous Cayman Turtle Center and the wreck of the USS Kittiwake. West Bay also offers Barker’s National Park, West Bay Beach, and of course - Hell, Grand Cayman.

Perhaps the most attractive feature of West Bay is its proximity to both Seven Mile Beach and George Town. It’s just about 20 minutes to the north of George Town by modern highway without being right in the center of the action. South Sound is sort of like a suburb of George Town, and like West Bay, offers a slightly quieter  laid-back feel.

South South offers family-friendly living and, like West Bay, is home to plenty of exclusive communities such as Casa Luna and Vela  .

One of the things that makes South Sound so appealing is the fact that it is so close to George Town, and thereby, close to facilities like hospitals, schools, and shopping.

Moreover, South Sound is also home to its own public beach as well as a tennis club, the Cayman Islands Rugby Club, and the Pure Art Gallery.

East End accounts for the sprawling eastern majority of Grand Cayman, and if you’re looking for quieter, laid-back island living in your search for Grand Cayman real estate opportunities, East End might just be the ideal place for you to start your search.

East End offers so much to love and some people believe the inhabitants there are among the friendliest and most welcoming on the island. It is a nature lover’s true paradise, with plenty of popular dive sights and stunning ocean vistas around its entire periphery.

This district of Grand Cayman also offers East End’s Marshland Natural Habitat and Salina Reserve, which are both rich in flora and avian life; East End is also home to Barefoot Beach, Collier’s Beach, Cayman Parrot Sanctuary, and The Blowholes.

In addition, East End is home to some of the most beautiful properties on the island and like the other areas mentioned so far boasts bountiful investment opportunities.

And, despite the fact that it’s a bit farther away from George Town, it’s still home to several eateries and amenities, such as Herman’s Fish Fry and Health City.

North Side comprises most of the northern shore of Grand Cayman and lies just to the west of East End. Like East End, North Side offers a lot for nature lovers, and is home to many spectacular sights and scenes, including the Mastic Trail and Queen Elizabeth II Botanic Park.

At just about an hour from George Town, North Side, is a bit quieter, but it still offers plenty of opportunities for investors to discover (or build ) a new home-away-from-home on the north shore of Grand Cayman overlooking the ocean. Beautiful weather and on-shore breezes are the norms here, almost year-round.

And, also like East End, North Side is not without its amenities. No matter where you are, you won’t be too far from Chisholm’s Grocery or the amenities in Bodden Town or Rum Point. Last - but by no means least - we have Rum Point and Cayman Kai, which lie across the North Sound from West Bay, and are located in the district of North Side.

Rum Point and Cayman Kai offer a good mix of leisurely island living and outdoor recreation and due to their proximity to water they are  a choice location for sailors and other boaters. This community has several canals as well as Rum Point dock and the Kaibo marina and restaurants, and offers plenty of recreational opportunities for jet skiing, fishing, snorkeling, and other watersports.

Rum Point and Cayman Kai also offer a refreshing mix of sprawling luxury homes and smaller condos, so whatever you’re looking for, you can find it here.

In summary, if you’re looking for investment opportunities in Grand Cayman real estate, don’t let Seven Mile Beach and George Town command your entire attention - there is much more to see on our beautiful island and plenty of unique, colorful properties, plots of land and homes for sale in the Cayman Islands. For those serious about investing in Cayman Islands real estate, whether here on Grand Cayman or across the water on Little Cayman or Cayman Brac, it pays to take some time and get familiar.

If you have questions about the island’s districts or would like to get more familiar with them, don’t hesitate to reach out to us. We are a member of CIREBA and have been helping prospective buyers like you find their dream homes since the early 1970s. You can reach us at 345-949-5250; let our real estate agents know where you’re thinking of looking and we’ll help you find the perfect place.