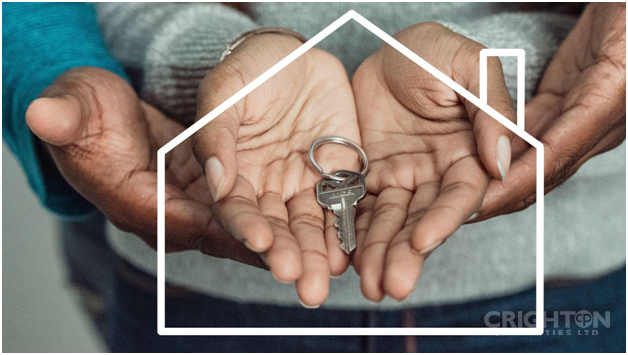 9 Reasons Why You Should Move to Grand Cayman

You are at the point in your life where you are looking to purchase a new home in a new place. A place that has stunning weather, scenery, and nature. A location that you thoroughly enjoy waking up to every morning and going about your daily activities without worry or qualms.

That is precisely what moving to Grand Cayman can do for you. The Cayman Islands are located in the Caribbean Sea near Jamaica, Cuba, and Mexico, specifically the Yucatan Peninsula. The British Overseas Territory has three islands: Grand Cayman, Cayman Brac, and Little Cayman.

Amongst the three, Grand Cayman is the most popular island amongst visitors and citizens alike. Because of this, you should consider investigating Grand Cayman real estate for sale. But, why exactly is it so loved by so many and, more importantly, why should you move there? Let’s take a look at nine reasons why you should move to Grand Cayman.

1.Stunning Beaches
Let’s be honest: one of the most enticing attributes of moving to an island in the Caribbean is the beaches. Fortunately, Grand Cayman is no exception to this and actually has some of the most stunning beaches in not only the Caribbean but even in the world.

For example, Seven Mile Beach on Grand Cayman, which is an extremely popular place for people to visit and live in, has received recognition for its beach. TripAdvisor awarded it the fourth-best beach in the Caribbean and MSN rated it the twelfth-best in the world. This point is enough reason on its own to consider Grand Cayman real estate for sale!

2.Consistent and Beautiful Weather
When moving to a new location, it is always well-advised to consider the weather and climate. The Cayman Islands, including Grand Cayman, have year-round warm weather. The annual average temperature range is in the 80s. The rainy season is from May to October, while the coldest months, which are in the 60s, are just January and February.

3.Safe
Another important aspect to consider when moving anywhere in the world is safety. Grand Cayman, which holds the territory’s capital city of George Town, is exceptionally safe, as its crime rate is extremely low in all regards. The Cayman Islands in general are one of the Caribbean’s safest locations.

4.Exciting Attractions
Are you worried about being “too bored” when living in Grand Cayman? You can rid yourself of that stress right now because there is a plethora of exciting attractions you can indulge in when living there!

On Grand Cayman alone, there are plenty of attractions for you to indulge in, including but certainly not limited to:

6.Proximity to Other Locations
When living on Grand Cayman, you will not be “stuck” on the island or the territory in general. You can easily access other foreign countries via flights from George Town, such as the US, Canada, Jamaica, and Cuba. You can access other locations around the world from the Owen Roberts International Airport in George Town.

7.Water Sports and Other Activities If you are a fan of water sports and other such activities, then Grand Cayman could be the perfect home for you. You can indulge in countless water-related activities, such as scuba diving (some of the best in the world!), snorkeling, paddleboarding, kayaking, boating, kitesurfing, sailing, and so much more!

8.Culinary Delights
Did you know that the Cayman Islands boasts being the culinary capital of the Caribbean? They have a wide range of flavors and delectable dishes that have been influenced by a variety of cultures, such as Britain and Jamaica. No matter what your palate loves and craves, Grand Cayman can deliver.

9.Easy to Buy Property as a Foreigner
When you are considering purchasing any property in a foreign location, it can feel extremely daunting and almost impossible. However, when purchasing Grand Cayman real estate for sale, that will not be the case. This is especially due to the fact that the Cayman Islands government welcomes foreigners to buy land there.

The process of purchasing property on Grand Cayman--and anywhere else in the Cayman Islands-- may be significantly easier than you might imagine. As an added bonus, there are no annual property taxes!

Now that you undoubtedly are considering searching for the best Grand Cayman real estate for sale, then you should work with us here at Crighton Properties. Give us a call at 345-949-5250 or send us an email at info@crightonproperties.com with any questions you may have. We have been in the real estate business in the Cayman Islands for decades and are excited to make your new home dreams a reality.